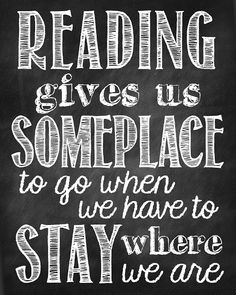 Once upon a time, in another time and space, I spent much of my life reading and writing. As a grad student and an academic, I would typically read 40-70 books a year and thousands of pages in articles and critical work. As a professor, I would read books that I would teach and books about teaching and endless, seemingly self-generating stacks of student writing.

This feels like a lifetime ago, but I have some accomplishments or “trophies” from that time that remind me that it was real. I have piles and piles of notes I took from all that reading (including what eventually would’ve been my dissertation), I have a copy of my Masters’ thesis on Hawaiian literature, an academic article I got published, and some articles that were in the production line to eventually be published. I was working toward publishing some work on media literacy and teaching during last year of working. Much of what remains from that time is unfinished work but I did finish some of it.

In linear time, all of this wasn’t that long ago. I only stopped working a little over a year ago and left grad school for good three years ago. Yet, when I think of this time, I look at all of my books I invested so much of my life to—books on ecofeminism, postcolonial theory, multiculturalism, transnationalism, Pacific studies, etc (what do these terms even mean anymore?). It’s like looking through the artifacts of a lost time, the vestigial remains of someone else’s life. It feels like lifetimes ago. Somehow that was my life. These tangible remnants are what make those memories real for me.

Since I stopped working, even since I left grad school, the amount of reading I do has dropped considerably. I still read every day, but the books I finish, the intellectual pursuits with a purpose, and the projects I complete, that is what has really vanished.

My ability to concentrate has diminished considerably since I became ill. Anyone with a chronic illness will understand what I mean when I say this. If you do not live with illness, the only way I can describe it is how you feel during a terrible cold or flu and how difficult it is to concentrate or be productive because the physical symptoms are so draining.

Now, I can only really focus on reading or writing for about 20-40 mins at a time, depending on how engaging it is. I start crashing very quickly and have to take breaks by sitting still or lying down. This is one of the problems with my desire to eventually teach online or do some kind of work that involves writing. Sometimes when I’m bedridden or having a really bad patch for weeks or months, I can do very little reading or writing. That’s also part of the reason I have trouble getting blog posts up regularly.

So what I’m getting at with all of this is the struggle to read and finish books or projects. Yet, I would say that my intellectual curiosity has not waned from what it was before I got ill. I usually watch a lot of documentaries and those are actually pretty satiating. I also made a concerted effort to try to actually finish some books in 2015 and I started making a list of the books I had finished.

This is the list of the books I finished. I read significantly more than this list but these are the books that I actually, legitimately finished:

Harry Potter and the Goblet of Fire- J.K. Rowling (re-read)

Harry Potter and the Order of the Phoenix- J.K. Rowling (re-read)

Mind of My Mind-Octavia Butler

The Mind in the Cave: Consciousness and the Origins of Art- David Lewis-Williams

The Sound of a Wild Snail Eating- Elizabeth Tova Bailey

My Imaginary Illness: A Journey Into Uncertainty and Prejudice in Medical Diagnosis- Chloe G.K. Atkins

How to Marry an English Lord: Tales of Wealth and Marriage, Sex and Snobbery –Gail MacColl and Carol McD. Wallace

A History of Scotland- Neil Oliver

The Journey to the East – Hermann Hesse

Although I often lament that I accomplish so little since becoming home-bound and so limited, making this list helped me feel like I had accomplished something. I’m going to make a list for 2016 too.

Hermann Hesse and Octavia Butler are two of my favorite authors and I’m trying to read everything they’ve written. I was reading Butler’s Patternmaster series in 2015, but I didn’t read the very last novel in the series. I was reading it when my mom was in the hospital and then she passed. This series is some of the bleakest writing of Butler’s so I abandoned it since I was going through such a difficult time. Maybe I’ll finish that last novel this year. If you like science fiction, or even if you don't, I can't recommend her books enough. 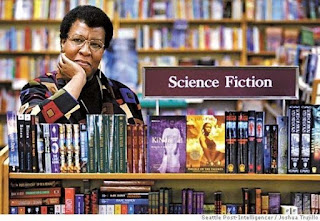 I read Black Like Me after the Rachel Dolezal thing happened. My focus for my degree was multicultural American literature yet somehow I had never read that book.

Mists of Avalon is one of my favorite books, but I hadn't re-read it in many years.

I've been trying to read more health-related books. I started the Spoonie Reads section on this blog and will eventually get a review of Radical Acceptance, My Imaginary Illness, and The Sound of a Wild Snail up for that section. Someday!

Walt Whitman is my favorite poet but I had never read the first publication of Leaves of Grass. I read it in the dead of summer. Since I can’t go outside during the day in the summer, I sat outside in my yard and read in the evening, accompanied by the rebellious Walt Whitman. Although I always joked that in my studies I never read many white, male authors, I very much have a soft spot for a few early American writers and the Transcendentalists, especially Whitman. 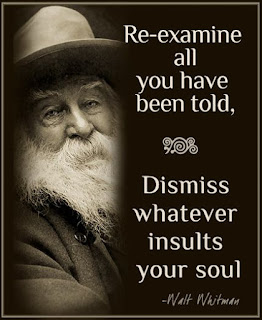 I’ve mentioned that I’m a bit obsessed with British and Scottish history and prehistory right now so a few of the books show that. I’ve become a bit of a disciple of Neil Oliver. I adore his documentaries for the BBC. They ignited my curiosity about prehistory. I want to read all of his books. Aside from his knowledge and passion that he demonstrates in his documentary work, he is really charismatic and has absurdly amazing hair.

Downton Abbey is my favorite show and I had read somewhere that How to Marry an English Lord inspired the creator to write the show, so I read it. The book was good fun and like an ethnographic study of the experience of American heiresses who married titled English men. I enjoyed it.

I’m obsessed with the Harry Potter series and would just re-read them on an endless loop but I try to get myself to focus on other things. The movies and the books are my happy place, especially since I got ill. They are my favorite escape. I always loved the series, but after I got ill I lost my mind a bit for everything Potter. They are like an emotional security blanket and whenever I’m feeling my worst, I go to one of the movies or books for comfort. Even though I try to focus on other things, I’ll probably end up reading at least part of the series again this year. Why fight it? I haven't read her detective fiction she has been publishing recently but maybe I'll try it this year. 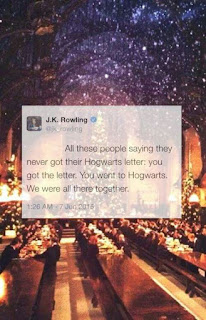 I look at this list and it is embarrassingly slim. You would think since I spend so much time still and resting that I would finish more, but alas concentration often eludes me. Some of these books were really long and took awhile to finish too. I usually read more than one book at a time and get distracted by other books but making this list helped me try to focus on one book at at time to actually finish them.

Despite it being slim, this list still feels like an accomplishment. I was determined to only list the books I had actually finished. I’m hoping I can double this list in the coming year.

I recommend keeping a list of books you finish this year. It's good motivation and it gives you a nice boost of confidence when you feel like you haven't accomplished much intellectually.

What are you reading right now? Anything you want to read this year?
Posted by Stefani Shea at 2:20 PM