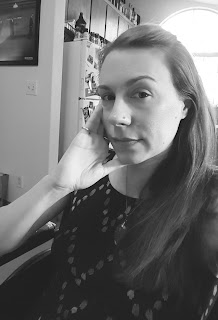 I am broken. I am shattered, devastated.

Everything seemed possible last week. I've been waiting years to have my thymectomy surgery that will hopefully be life-changing. Husband and I have been meeting with a local thoracic surgeon since April, seeing him every few weeks to go over preparations and everything. We've been working on coordinating my husband's work schedule and his family's schedule because I was going to need extra help at home after the surgery. I had to do some tests including another dreaded Pulmonary Function Test in preparation.

The surgery was scheduled for August 15th. I was admitted to the hospital last Monday for three days of IVIG in preparation, to give my body the best chance to make it through the surgery. It's good I was admitted then. I would've ended up in the hospital last week anyway. My diaphragm was barely moving and my home infusions of IVIG didn't help. I was just a few days away from it being totally paralyzed. I have had a migraine for two months straight as well and got treatment for that while I was there.

I was calm. The surgeon went over all the risks multiple times but I didn't care. I was ready. I have been hoping this surgery is my golden ticket. I haven't had great success with any Myasthenia treatment so far. Some treatments have been downright disastrous. I've been homebound for five years, two of which I lived in bed. I lost the ability to walk three years ago. I rely on a machine to help me breathe. Husband has to help me with basic tasks. I've been hospitalized every other month the last year. This surgery was the chance to get some of my life back.

My surgeon visited me every morning in the hospital last week to just go over last minute details and questions. My neurologist would come each day too. Wednesday morning, my surgeon came in one last time to give me the time for the surgery early the next day. I asked if I could shower since I didn't know when I'd be able to shower again after the surgery.

Everything seemed fine. But when my neurologist came in that afternoon she had a strange look on her face. She said "has Dr. ..... talked to you?" I told her he came in that morning and we were ready to go. She said "well I just passed him in the hall and it sounds like the surgery is cancelled". She had to leave right after that. I didn't know what to think. There was no way it was cancelled. That wouldn't make any sense. How could it be over?

After she left, I was trying to eat my lunch while crying when the anesthesiologist came in to go over my questions. He hadn't heard anything. I couldn't talk to him. I was so upset. He said he'd find my surgeon so we could figure out what was going on.

My surgeon eventually came in and the look on his face said everything. It was over. He gave me a brief explanation but said he wanted to wait until my husband came so he could talk to us both.

After my husband came, my surgeon came in and explained that the hospital wasn't helping him coordinate my care after the surgery. I needed to be in ICU in critical care for at least a few days after. The danger was less the surgery and more how my body would cope after. I asked him for more information but he didn't explain. He was distraught, even angry. He said it was an incredibly hard decision but he was concerned for my welfare. I gave him a hug and thanked him for everything. I told him I understood it was a hard decision. I trusted him. I never felt comfortable having this surgery at my local hospital. They aren't equipped to handle my case. But husband and I had a great relationship with this surgeon. I trusted him implicitly. I am not angry him.

There's one person who deserves all of the blame: the specialist I was seeing at UC Davis for over a year. I was supposed to have the surgery there last year, where they'd be more than capable of handling my case. That specialist told me I needed the surgery but refused to let me see a surgeon. But the last time I saw him this year, he suddenly decided I didn't need the surgery after all and tried to tell me I'm in "remission". That's not even all he did. It gets worse. I'm still working on my letter to UC Davis and I will share it in full here when it's complete. I don't want any other patient to have to suffer at the hands of this specialist like I did. He ruined any chance of me having the surgery at UC Davis.

He deserves all of the blame.

There have only been a few times in my life I have felt devastation this deep. When I had to resign from dream job as an English professor (exactly five years ago this week). When my mom died a few years ago.....

The hurt is so deep that it will take a long time to excise it from my body.

It isn't just the surgery. It's the cumulative, constant frustration and disappointment that I just can't cope with at times. I don't understand why it always has to be so hard. It feels like a cruel, elaborate joke sometimes. I'm still waiting for Ashton Kutcher to jump out and yell "you've been punk'd!"

I asked friends and family not to ask questions about what happened. I haven't been able to talk about it. I'm still trying to figure out how to even explain it since we never got a full explanation.

I've been spending time with husband, snuggling my cat, reading, and as always wrapping myself in a blanket of music, the way I try to get through everything.

I am heartbroken but I am picking up the pieces, putting myself back together, trying to figure out what comes next.