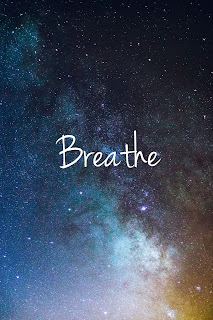 Hi there. Hello again. I haven't actually written in this space in so long but I've wanted to. I need a space to talk, to figure out, to make sense. This space used to do that for me. I'm trying to find my way back.

I've been home just over two weeks from my third hospitalization this year, the fifth since last August. My body refuses to keep breathing on its own. My limbs stubbornly refuse to move. I go in with a paralyzed diaphragm, unable to lift my arms or legs, sometimes struggling to swallow, get a few days of IVIG, go home and do ok enough on my own for a few weeks, then just start to quickly go downhill again. I feel trapped in this endless cycle, powerless to stop it. What is all the talk about "manifesting" the change you want in life? Is there an incantation I can say? A potion that will give me some control back? Do I say "Beetlejuice" three times in front of a mirror? 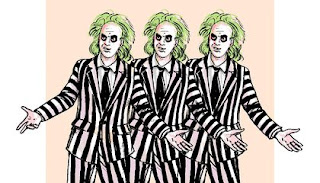 Or I guess just accept that this is what life is right now.

Husband and I are pros at this hospitalization thing now. We know exactly what to do. My diaphragm becomes paralyzed over a period of time until I wake up one day and my respiratory muscles won't move. I can't inhale. It's like trying to breathe with plastic over your mouth. I'm usually anxious when I go to the ER but I know what's going on and what I need. I feel like I got lucky this time though. We got to the hospital fast, we didn't have to battle or explain, I was given IVIG quickly and I responded quickly. I was almost intubated but narrowly avoided it. I just keep wondering if my luck is going to run out. 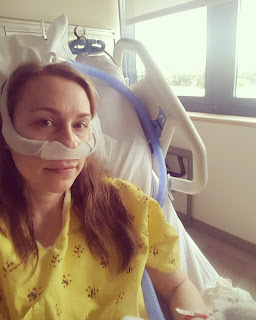 I'm still recovering from this one. It was a bit of a nightmare. I was on the ICU floor the whole time. I had a dream roommate at first and then she was shipped out and they brought in a total nightmare roommate. After being unable sleep through the night because of this lady's constant yelling and demands, I ripped off everything, got myself out of bed, and escaped to the hallway. The meningitis headache from IVIG is always so intense for me and I couldn't handle the yelling anymore. I leaned my head against the cold wall for awhile and waited until I couldn't hold myself up any longer.

A nurse came over to tell me they were trying to find me a new room, but they eventually moved that lady instead. I give the ICU step down floor one star: great nurses but it's not a place for any kind of recovery or healing.

My diaphragm became very weak again a few days after I got home. This is not how it usually goes after a hospitalization. I usually progressively improve and my diaphragm moves for at least 2 weeks or so. I don't know what's going on. I'm so desperate to not end up in the hospital again, I contacted my neurologist about adding a steroid to my regimen, even though Prednisone nearly killed me in 2016 and I swore I would never take it again. Every medical facility I go to, I make sure they put it on my allergy list. I don't want to die by Prednisone. There are better, more heroic ways to go out, like saving my family from a sinking battleship.

The real issue is I am finally FINALLY having thymectomy surgery this summer. I've been waiting years to finally get this surgery. There's research that a thymectomy is beneficial for any Myasthenia patient. You can read more about that here. The first time I ever heard about it was from my doctor at Stanford in 2015. I was doing better then and I am convinced if I had been able to have the surgery then, life would be very different right now. I doubt I would've lost the ability to walk. The specialist I was seeing at UC Davis the last year and a half also wanted me to do the surgery but he kept saying I wasn't "stable" enough. That doctor just strung me along as I continued to decline. It was a case of severe medical neglect that I'll talk more about another time. I'm never seeing that doctor again, and I'm working on a letter to UC Davis to talk about how angry and frustrated I still am. After telling my local cardiologist that once again another doctor pulled the plug on surgery, he just gave me a referral to a surgeon. We've met with the surgeon twice, and I am just so impressed with him. I was worried how much he would know since the surgery is mainly specific to Myasthenia patients, but he knew everything and grasped the complexity of my case within minutes, which never happens.

So the problem is this is a serious surgery. I'll be in the ICU for awhile afterward and there are a lot risks. Since my condition is already so unstable, the risks are even higher. This is why I am even considering starting a steroid. At this point, the surgery is my best hope for a better life. The surgeon said my case is too severe to go into remission, but I should at least have some improvement. The goal is no more hospitalizations and to lower my dose of the toxic immunosuppresants. In my mind, this is my golden ticket. It's what is keeping me going right now. I have to be ok enough to get this thing out of my body. It's getting an eviction notice. 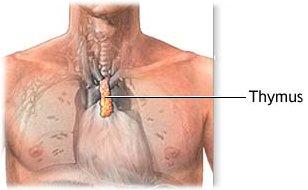 I also want to get it done before another doctor pulls the carpet out from under me again.

So all of this has obviously created some debilitating stress for me. I haven't felt stress like this, like I need to scream all of the time, since my mom was dying in 2015. Even my husband is struggling with the stress. We're both really tough. We always find ways to cope, especially with heavy doses of sci fi tv and YouTube videos, but sometimes the weight is too much to bear. We're both working on trying to limit the stress we can control. I started a teletherapy program to work on coping skills, I fired my specialist at UC Davis who only caused more harm, I'm trying to keep my mind occupied and make better choices. But damn this is hard.

So you have to find ways to shine on and keep going. I focus on small joys and that helps. I feel most down at night before bed so I think about what record I'm going to listen to when I wake up and making coffee (I gave up on being clean and sober from coffee the last 7 years. I need a vice). Whatever it takes.

Coming back here is part of that. I had to write this on my phone a few minutes at a time, but it worked. I was worried that my writing here would be too depressing, but I've decided I don't care. So let's celebrate catharsis, the struggle for hope, and the healing power of coffee. And keep on writing...

"I'm not afraid
All is forgiven
Because after all
What's done is done....

Where I'm from
We carry on
And keep on running"

Posted by Stefani Shea at 9:28 AM 3 comments: Links to this post