The Week that Was, January 15th

What a week of ups and downs! I wrote last week that I was finally having an ok week after months of hanging on by a thread and struggling to move, eat, and function. This week hasn’t been as good as last week but good enough for sure.

-I mentioned last week that we were going to drive to Stanford for my brain MRI this week. It didn’t happen. I rescheduled it for a variety of reason, but mainly because I didn’t want to jeopardize finally feeling a little better physically. Our last trip there in November wiped me out for weeks. Then the festivities of December wiped me out so I just could never catch up. I haven't met my exercise goals in months. Yet, I feel like I’m making a bit of a turn around finally and I wanted to capitalize on that and get back to exercising. It was probably the wrong choice to not show up, but I really needed some time. Also, I have a few local appointments next week I must show up to and a trip to Stanford could risk not being able to show up. My husband and I were so relieved not to have to make the trek there this week and stay the night. I was able to get out and walk instead! 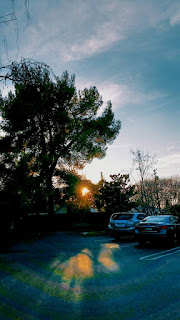 - I see my GI doctor next week for the first time in a year and a half. I need to talk to him about the intestinal infection, constant pain and nausea, struggling to eat, and not being able to put weight back on. But really I’m going to tell him, “eating food is important and everything but what do I need to do to be able to eat Girl Scout cookies when they come in a few weeks?” That is priority #1.

-My next article, "Why the Fight for a Diagnosis Matters," at The Mighty is up and you can read it here. I wrote about the battle of living on the Hamster Wheel of Diagnosis and why the fight to finally get a diagnosis matters despite the exhaustion and invalidation that can come with it. Most people do not know that the typical time to diagnosis can be six or more years. Most people don’t know that being told “it’s all in your head” by countless doctors is an almost universal experience for people with Dysautonomia and other invisible illnesses. That’s what I was trying to give voice to in this article (and on this blog).

-There was a controversy recently over at The Mighty and some disabled writers have decided to no longer write for them, which I think is a great loss. You can read a bit about it here and you can follow the #CrippingTheMighty hashtag on Twitter to read more responses. I think overall the comments were justified, it started good dialogue between the writers and editors, and The Mighty has made some changes in light of what happened. I decided to keep submitting writing to them because I think it is still a good resource for voices who discuss disability and illness.

- I celebrated not having to drive to Stanford by finally getting my flu shot. Excitement! Husband works at Costco so he worked all morning, came home and picked me up, and then we drove back over there (that dude is amazing). He got to show me what he has been working on recently and I got to sit on the couches they have. I love couch season at Costco. It’s a nice way to remain in my natural habitat outside of home. 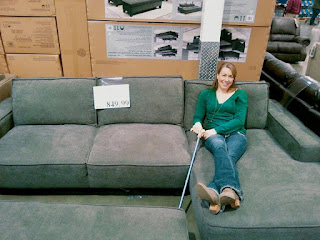 -I haven’t discussed this much on the blog, but I’ve been fighting a very exhausting, protracted battle with the insurance company over my disability insurance. As a public educator, we had to pay into a private system. They awarded me a few months of short-term disability at the end of 2014 but denied my long-term disability and the last few months of my short-term disability. I have not received any benefits since January 2015. I’ve sent them over 100 pages of medical documentation, including letters from my doctors, but they determined that I was not “technically disabled” and am able to do all of the “extensive walking and standing” required for teaching. You could almost laugh at these words.

I have appealed multiple times. My long-term disability case was a lost cause. That part is officially over. But I’ve been trying to find a lawyer to help with my last appeal for my short-term because I have no chance of winning without legal help. Finding a lawyer who will take a private disability case is nearly impossible. So few of them will. Many of my conversations with local law offices went like this:

Me: “Hi. I was wondering if your law office takes private disability cases?
Them: “No” *click*
Me: "Well have a good a day anyway!"

A law office in San Francisco considered my case but months later decided not to take it. I then found a law office in Texas that considered taking my case. They were incredibly kind and easy to deal with and contacted me every week to keep me updated. A few days ago they informed me they ultimately were not going to take my case. I was given six months by the insurance company to appeal the decision but being ill, my mother passing away, and the struggle to find a lawyer ate up all of that time.

I submitted a one letter appeal this week one day before the deadline for my very last appeal. I’m trying to decide if it’s worth trying to find another, third lawyer. I’ve been dealing with this since I stopped working in August 2014 and this battle has caused tremendous stress for me. I've wasted so much valuable energy on this. This is the thing with the American for-profit insurance system: the sicker you are, the more benefits you need. It is a constant fight with insurance companies to get benefits and access to care. It is the job of insurance companies to maintain profits and deny benefits to protect profitability. It’s not personal. That is just how the system works.

I long for this particular battle to finally be over with. I’m going to try to apply for state disability next, but I will likely be ineligible since I never paid into social security as a public educator. That’s the next battle. The prospect may be that not only can I not work but I cannot even get disability payments to help support my medical costs at the very least. This entire process has broken my spirit a bit. It has definitely had a physical cost. And I’m not alone. The struggle to get access to benefits and care is a struggle for many with chronic conditions.

I should've put a handful of glitter in the envelope when I mailed my last appeal. That would've felt like sweet justice. 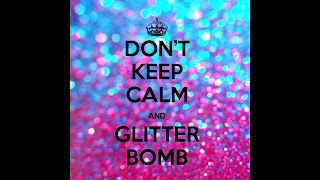 -Husband and I left the house to go to the thrift store around the corner yesterday. Thrifting has been one of my favorite activities since I was in high school, and it was so great to get out. Oh, the benefits of doing a little better! This particular store is not very accessible and is really difficult to navigate in my wheelchair but I still like to go when I can. We only stay for a few minutes usually before I start to crash but I’ve gotten really good at making a quick of survey of everything to find some treasures before we go.

-My sister-in-law and baby nephew stopped by for a visit a few days ago. Look at all of this handsome. 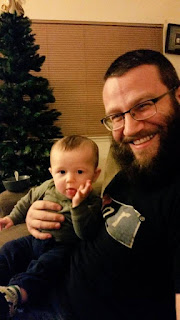 -My daffodils I bought with my mom a few years ago have already started to sprout. I can't wait to see them bloom. They are my favorite flower. 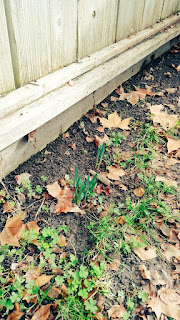 -What terrible news this week that we lost two brilliant souls, Alan Rickman and David Bowie. We watched Labyrinth and one of the Harry Potter movies this week. I have the Harry Potter movies memorized because I’m an unabashed Potter obsessive but it’s always great when husband wants to watch one with me. Rickman steals the show in all of the films and played Snape, the most complex character in the series, brilliantly. What a loss of a great talent.

How do you choose a favorite David Bowie song? It’s so difficult. But this one from Labyrinth has been one of my favorites forever and I learned it years ago. Sadly, I never performed it. It's such a gorgeous song.

I hope you all had an ok week!